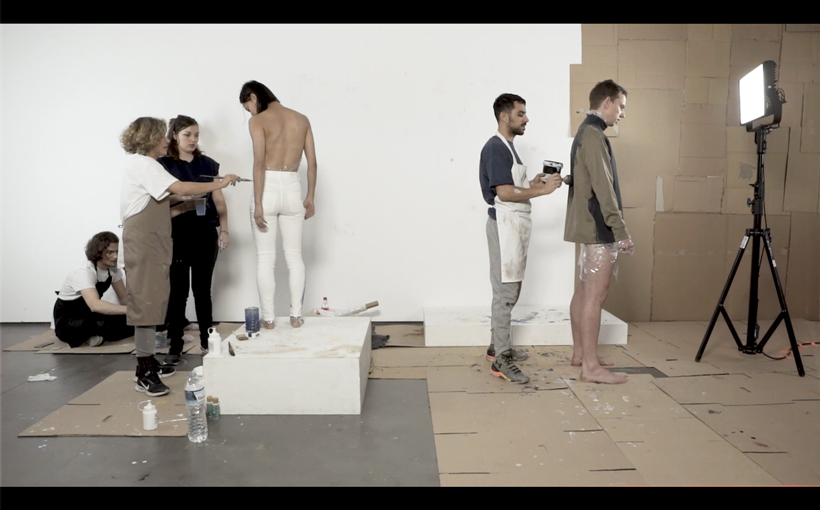 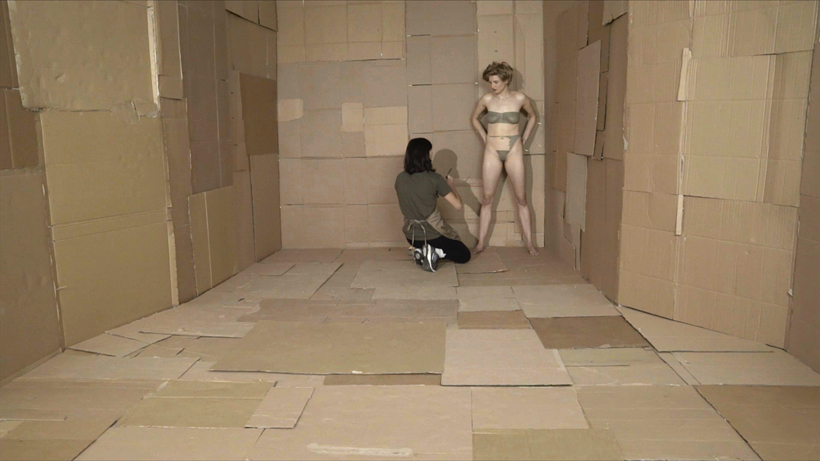 Staged before the camera, as if caught in the act prior to, after or in-between the public performance, the bodies populate the interstitial zone comprising a backstage area and a makeshift studio space. As make-up is applied, removed, then applied again, as costumes change, the studio becomes a scene of formation and undoing of a persona embodied in multiple persons. In Studies for Massacre – Seven Stages, Bachzetsis advances and scrutinizes the body as ambiguous amalgamation of features, a text open to a variety of possible inscriptions, a place where identity and physicality, augmented by technologies of the spectacle, are constantly affirmed and then refuted again.