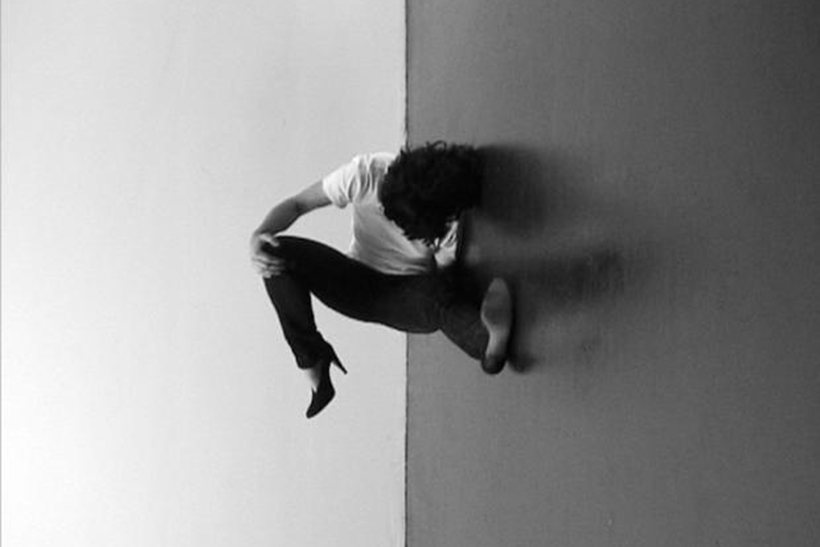 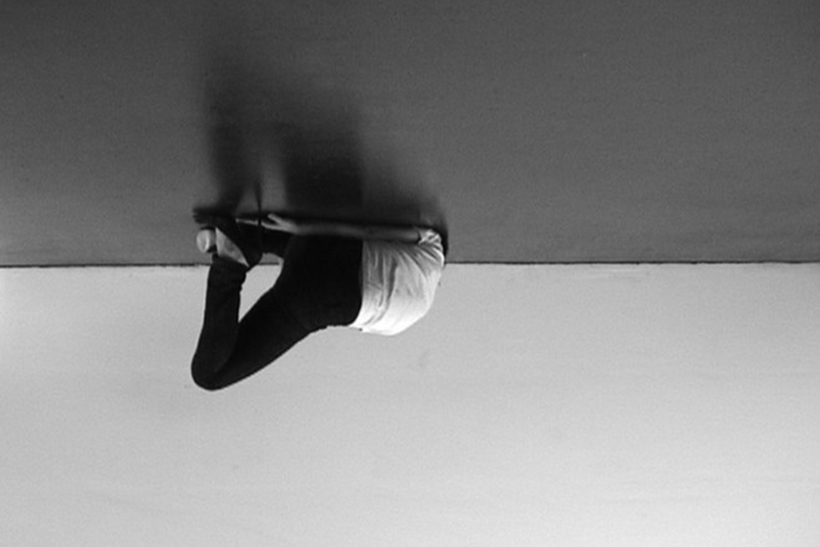 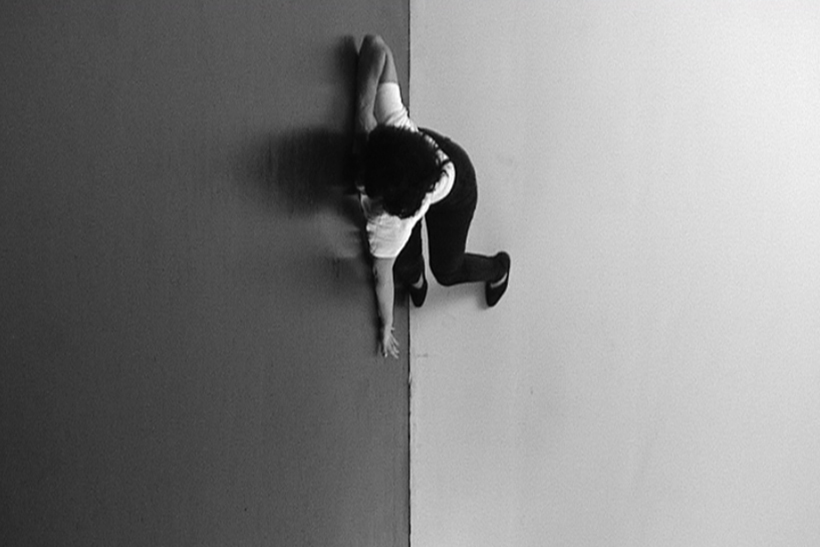 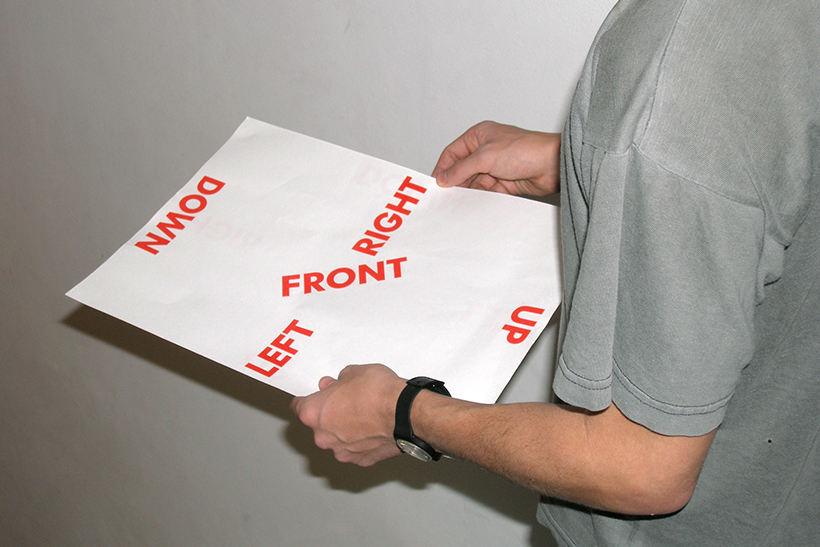 THIS SIDE UP Print, Graphic Design: © Julia Born 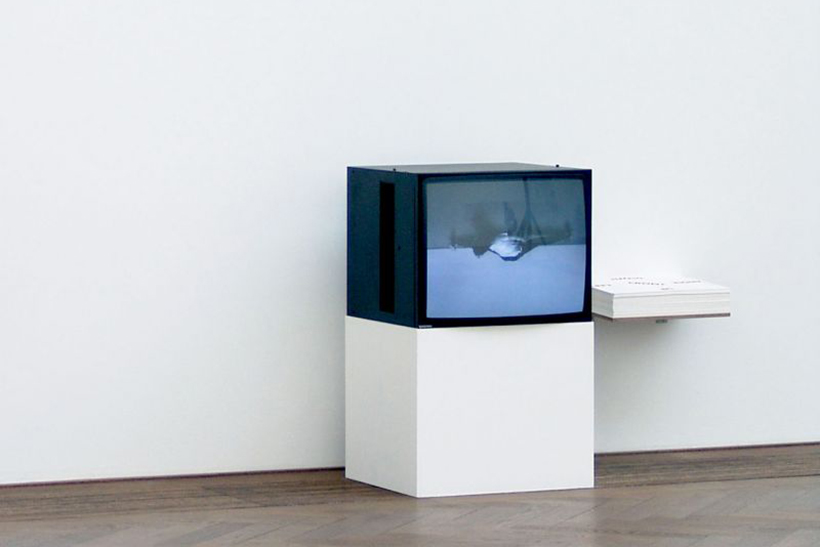 This Side Up, installation view "Word Event", Kunsthalle Basel 2008

This inquiry deals with the spatial aspect of movement instruction, recording and notation. The process of recording movement on paper developed from simple, patternlike floor plans in bird’s eye view to more complex systems using symbols and letter codes or borrowed signs of musical notation; ‘Labanotation’, developed in 1928 by former architect Rudolph von Laban, was the first notation to be designed from the perspective of the performer, as opposed to the angle of the audience. Apart from direction, part of the body involved, level and timing of the movement, the symbol’s shapes indicate 9 different directions in space. Methods of instructing a body on stage range from total control and precision to open scenario’s and structures: Beckett on the one end is known for his serious concern for structure and meticulous description. Later in his career he even became an active participant in the theatrical process, re-editing and sometimes even re-writing his plays in rehearsals, together with the actors. Merce Cunningham on the other end, influenced by Zen and Dadasim, deliberately operated with processes of chance, to liberate himself from the restrictions of convention and intuition. Another example for alternative instruction is Richard Kostelanetz’s book ‘Scenario’s’, compiling scripts that “induce travelers to take routes they had not experienced before, perhaps making perceptions they would otherwise have missed.” The challenge of movement instruction and notation lies within the simultaneity of its elements: the movement itself in the three dimensions, the concept/idea behind it, the alignment in space, the time and duration as the fourth dimension. Movement is just as elusive as thought: the need for referencing and measuring is not only crucial for spatial orientation but for communication in general. Word descriptions without physical demonstration or metaphors limit the specificity of spatial description – depending on the point of view, words alter their meaning and become inadequate. These ‘blind spots’ of language create interesting situations of ambiguity to be explored in the process of this work.