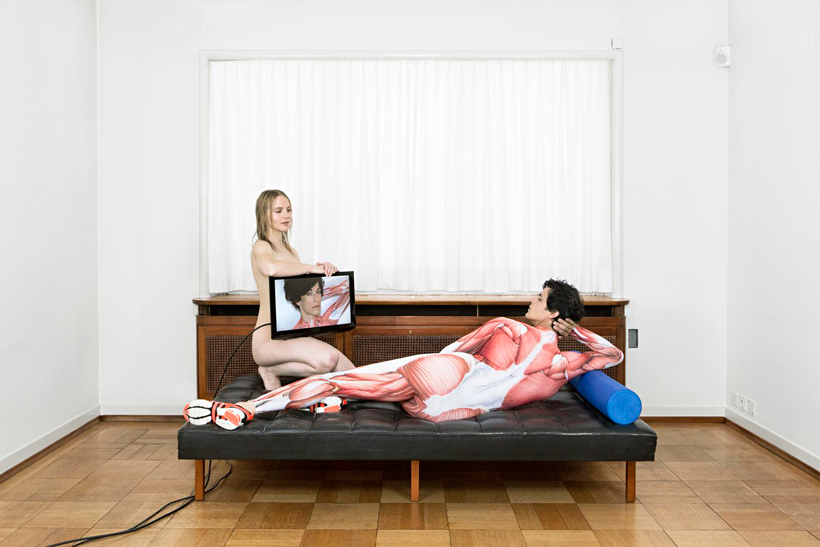 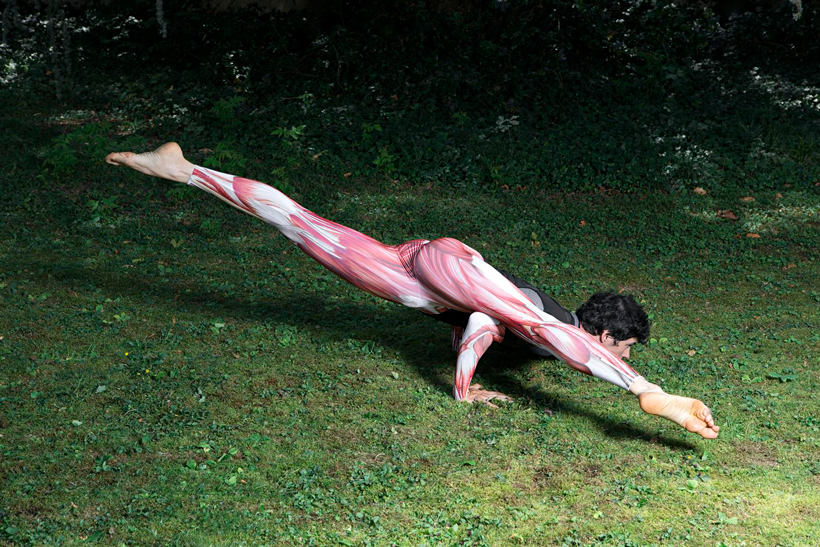 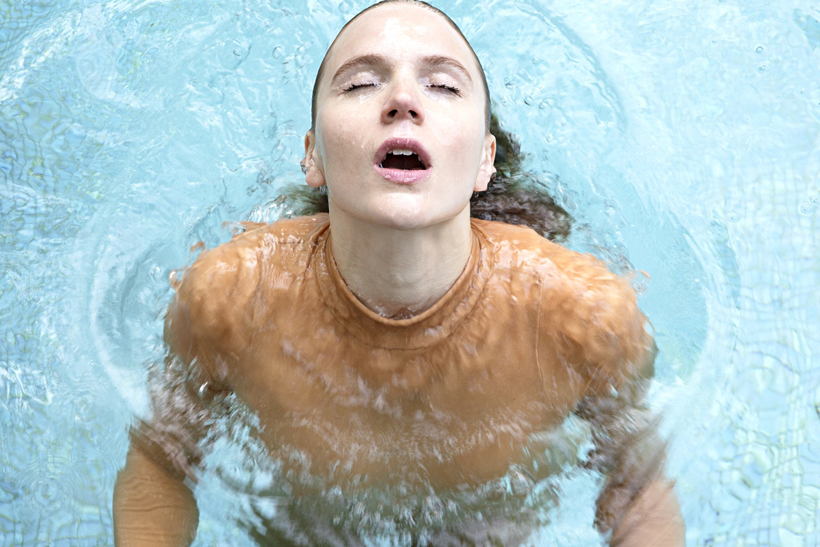 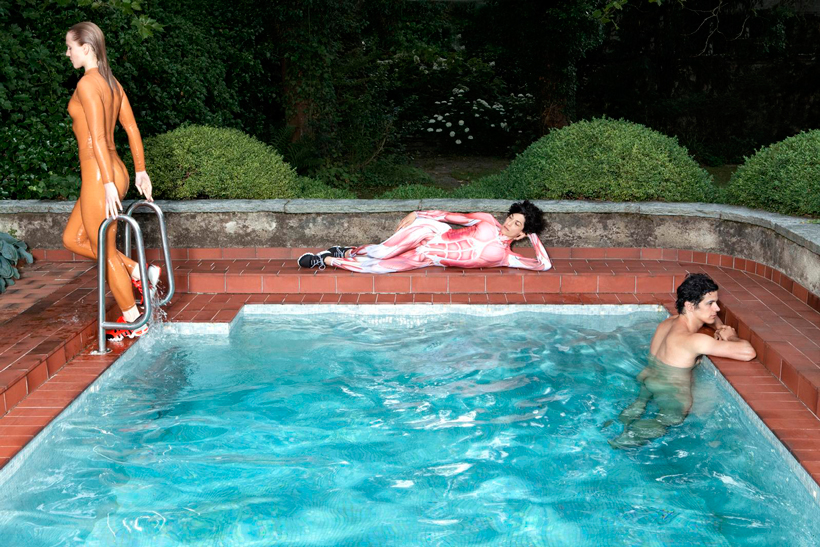 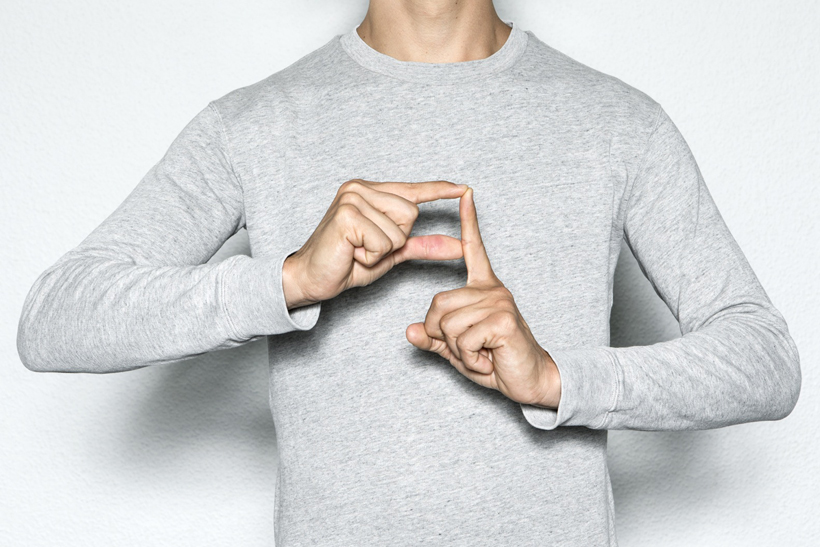 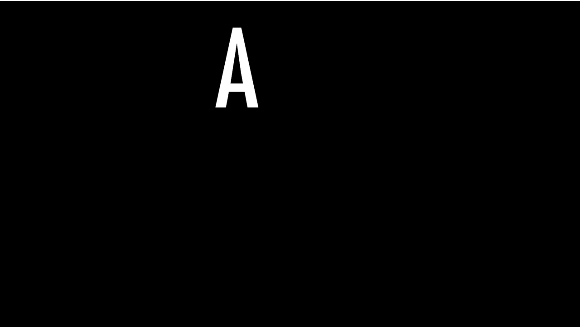 From A to B via C

In Alexandra Bachzetsis’s new performance and installation work From A to B via C, three bodies move from and towards each other, acting as each other’s mirror image -- yet mediated and unsynchronized. The mirror image becomes a site for transposition where various elements are transferred, leaving corresponding traces. Evolving as it is performed, From A to B via C proposes a set of three trajectories: from one body to another, between language and the moving body, and towards a new space for performance.

Throughout the performance, three dancers use each other as instructional mirrors in their attempts to compose scenes of true virtuosity. The space in which these scenes take place can be a ballet classroom, the staging of an iconic image, or an online dance tutorial, yet what they have in common is that the virtuose can only exist for a brief moment, as if achieved by accident. Then it changes into a different version of itself, more true than its purest original or decomposing in front of our eyes. The changing scenes are indicative of a desire to belong, to communicate and embed one’s own identity. In this setting of instruction and virtuosity, the dancers’ bodies -- their interior and exterior -- are the vocabulary, grammar, and syntax with which to transfer knowledge and information. Ultimately, they enact their own transposition into each other, blurring the lines of autonomy, individual agency, and the hierarchies between their bodies.

The relationship between language and transposition is one of the central questions in From A to B via C. For Bachzetsis, language is conceived as something physical and embodied, yet the work also raises questions about translation. In which ways is knowledge transferred in language, as an ostensibly arbitrary collection of signs functioning as indicators of meaning? And what is the language of the performing body? The latter question in particular seems pertinent to dance and performance, as scores and notations are often proposed as linguistic carriers for bodily expression. The score enables the performance to be transferred in its most reductive form, yet how does this written language affect the embodied performance?

From A to B via C will unfold in different versions, taking place in the theater, exhibition space, and online. Between the different platforms on which performance is presented, a common space emerges. We wonder how we got here, and carefully trace back our steps.

The projected text that is used in the exhibition version of "From A to B via C" consists of excerpts taken from: